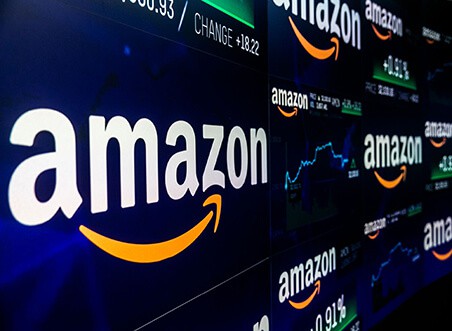 Since Amazon was launched 25 years ago, the marketplace has never stopped growing at an amazing pace. What started as merely an online book store, Amazon has diversified its business in many different industries – from gaming to voice recognition, enterprise level IT services, and now space exploration. It holds the title as the world’s largest online retailer and is a huge part of every American’s shopping experience. Even consumers outside the U.S. are also turning to Amazon for just about everything, from electric kitchenwares to cool summer dresses, and even every day groceries.

So if you feel like venturing into the world of eCommerce and need some motivation to get you started, here are the latest Amazon statistics that will inspire you to pursue your goals.

20 Eye Opening Amazon Statistics You Should Never Miss in 2020

Fact #1: The CEO of Amazon, Jeff Bezos is the world’s wealthiest man.

His total net worth is roughly $113 billion as of March 2020 (via Bloomberg). He makes approximately $2,489 per second — more than twice what the median US worker makes in a week. If Amazon were a country, its net sales would make it the 146th richest country.

Jeff Bezos’ wealth is due to the value of his Amazon stock holdings. The Amazon stock price has been correlated with the growth of his personal fortune. He still owns about 12% of the total outstanding shares in Amazon even though he has been selling to raise cash recently.

Amazon sold over 100 million products on Prime Day 2018, surpassing sales on Cyber Monday, Black Friday, and the previous Prime Day (via Amazon). While Amazon didn’t reveal total gross sales in 2019, they did disclose that they sold more than 175 million products during the two-day event. It was estimated to be $7.16 billion worth of goods, which was 71% higher than the previous year. Prime Day continues to be one of the most profitable days for the company.

As of the fourth quarter of 2019, Amazon reported that it had 798,000 full-time and part-time employees across the globe – a massive 23 percent increase over the same period the prior year (via Fox Business). Continuing at that growth rate, the company would have around 980,000 employees by the same period next year. More than half the company’s employees, about 500,000 are in the U.S.

Amazon ships items to over 100 other countries and regions, provided the item is eligible for Amazon Global (via Business Insider). The platform operates in 13 marketplaces across the globe, including the U.S., the U.K., Spain, Mexico, Japan, Italy, India, Germany, France, China, Canada, Australia and Brazil.

This Amazon statistics sounds so unbelievable! Amazon has more than 200,000 mobile robots working inside its warehouse network, alongside hundreds of thousands of human workers (via Vox). This robot army has helped the company fulfill its ever-increasing promises of speedy deliveries to Amazon Prime customers.

Amazon employees share workspace with as many as 7,000 dogs at their Seattle headquarters (via Amazon). At Amazon, bring-your-dog-to-work day is every day—a long-standing tradition that both Amazonians and their four-legged friends enjoy. The company even has its own dog park, where dogs of employees and non-employees alike can roam free.

When it comes to the US ecommerce market, Amazon is leaving the competition in the dust. In 2018, Amazon market share was 49.1% of the entire US e-commerce market (via eMarketer). This doesn’t come as a surprise that Amazon is the clear leader in eCommerce and will likely maintain this position indefinitely.

Fact #8: Amazon is the most visited eCommerce platform in the U.S.

More Amazon statistics to surprise you! As of August 2019, Amazon had delivered 46% of U.S. packages bought on its platform through Amazon Logistics (via Forbes). In total, Amazon Logistics is already shipping over 2.5 billion packages annually in the U.S., just shy of the 3 billion packages FedEx delivers in the U.S. It was forecasted that by 2022, Amazon’s U.S. package delivery volume could more than double, to 6.5 billion.

In 2013, Amazon website went down for about 40 minutes, costing the eCommerce platform $4.8 million in losses (via Venture Beat). Although the cause was unknown, the outage appears to have affected Amazon’s main website for all U.S. and Canadian visitors.

Amazon Prime membership program boast more than 150 million paying customers across the globe. Amazon said that the shift to one-day shipping has greatly increased Prime memberships. Besides that, the program offers a growing variety of perks such as free grocery, delivery, and access to a large online library or movies and TV shows.

Online shoppers are relying heavily on Amazon throughout the shopping process (via Business Insider). When respondents check prices before making a purchase, 82% use Amazon, and 79% use the e-tailer to check reviews before buying, according to the poll of 2,000 US shoppers who bought a product on Amazon in the last two years.

More than half of the stuff sold on Amazon in 2017 came from third-party sellers, not Amazon (via Quartz). Third-party sellers include small and medium-sized businesses (SMBs). Over 300,000 U.S.-based SMBs started selling on Amazon in 2017, and Fulfillment by Amazon shipped billions of items for SMBs worldwide. Amazon’s Global Selling program (enabling SMBs to sell products across national borders) grew by over 50% in 2017 and cross-border ecommerce by SMBs now represents more than 25% of total third-party sales.

Fact #17: Amazon has skyrocketed its sales by $150 billion in the last decade.

In the past 10 years, the company has grown its annual sales by almost $150 billion. In 2017, Amazon generated an annual net sales of $177.9 billion. The holiday shopping alone brought in $60.5 billion of those sales. During the Holiday Season, more than 1 billion items are ordered from third-party sellers on Amazon, with more than 140 million items ordered between Thanksgiving and Cyber Monday.

Fact #18: 89% of buyers are more likely to shop on Amazon than other eCommerce sites.

Out of the 2,000 respondents, 89% agree that they are more likely to buy products from Amazon than its competitors (via Feedvisor). 98% of those who purchase on Amazon daily or almost everyday and 99% who purchase on Amazon a few times a week agree that they are drawn to Amazon over its competitors. Demonstrating their loyalty to the platform, 96% of Prime members agree they are more likely to buy from Amazon than other e-commerce websites. When it comes to buying, nearly three-quarters (71%) of consumers make a purchase on Amazon at least once a month and only 25% of consumers make a purchase a few times a year.

Fact 19: Younger consumers are the most avid online shoppers.

Although e-commerce has drastically altered how consumers of all ages research, shop for, and purchase the products they want, specific age groups have a higher propensity to buy products online. The survey revealed that Amazon consumers under 40 — particularly those aged 27-32 — buy products online much more frequently than those who are over 50 (via Feedvisor).

Looking at all these Amazon statistics, we could say that Amazon is indeed a global leader in eCommerce. If you want to reach an international audience and expand your business worldwide, Amazon is a great platform to sell through. It is not only the biggest but also the most trusted marketplace across the globe.

Do you need help selling on Amazon? Looking for a solution that can streamline your processes? Contact SellerMobile so we can assist you. 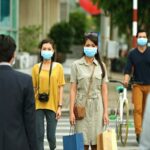 Impacts of the Novel Coronavirus on eCommerce 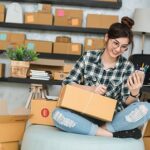